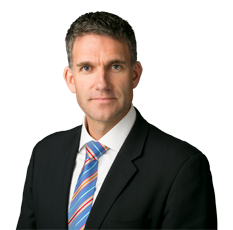 He was first called to the Bar in New Zealand, and upon admission practiced with a leading New Zealand litigation firm, focusing on insurance defence. Adam practised there for approximately 3 years, before leaving to travel in 1997.

After his travels, Adam practised in London, England with a leading insurance law firm for just under 5 years, specializing in coverage and the defence of professional indemnity and Director and Officer claims, before immigrating to Vancouver with his wife and joining Guild Yule in late 2004. He was admitted to the partnership on January 1, 2008.

Adam is recognized in Best Lawyers Canada for Insurance Law, as a “Litigation Star” in Benchmark Canada, and is client-rated as “pre-eminent” on Martindale-Hubbell. He is a contributing author to the CLEBC’s “Annual Review of Law & Practice” and “British Columbia Civil Trial Handbook”.