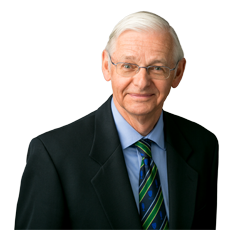 Donald Yule is a senior partner who has practised almost exclusively in the area of insurance law for in excess of 40 years. He has extensive experience as defence counsel in personal injury, property and professional E&O claims, as coverage counsel, and in providing coverage opinions.

The author of many CLE papers on diverse insurance topics, Mr. Yule was an adjunct professor at the University of British Columbia, Faculty of Law, from 1984 to 2008 where he taught automobile insurance. He has been a member of the Editorial Advisory Board for the Motor Vehicle Accident Claims Practice Manual, published by the Continuing Legal Education Society of British Columbia, since its inception in 1992.

Mr. Yule has been the legal advisor to the disciplinary panel of a professional association. Mr. Yule has extensive experience as an arbitrator of personal injury and insurance disputes and particularly as arbitrator of Underinsured Motorist claims under s.148.2 of the Insurance (Vehicle) Regulation.

Mr. Yule was appointed Queen’s Counsel in December 2001, and in 2009 he was appointed JP Adjudicator of the Provincial Court of British Columbia as part of a pilot project for simplified trials in Vancouver and Richmond, BC.

Mr. Yule is recommended counsel in the areas of personal injury and insurance law as follows: