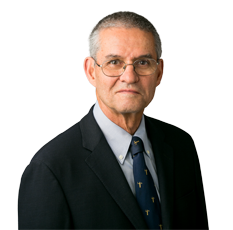 Lance passed away August 30 2020. Lance was so much a part of Guild Yule and contributed so much to our firm and as Chief Justice of our Province we believe it appropriate to leave his accomplishments in place for all to see.

Lance was born in Edmonton Alberta, and lived there until 1951 when his family moved to Victoria, British Columbia.  He attended high school there, and then Victoria College (before it became a University).

Lance graduated from the UBC Law School in 1962, and articled to Frank Collier, Q.C., of Guild Yule Schmitt Lane Collier and Hinkson, as the firm was then known.  He was called to the bar in 1963 and for the next 20 years had a litigation practice that included insurance defence, plaintiff’s injury claims, municipal law and general commercial litigation.

In 1983 Lance was appointed a Justice of the Supreme Court of British Columbia and for the next 10 years as a trial judge heard all sorts of cases – torts, contracts, administrative law, criminal law, family and commercial.

Since his retirement as Chief Justice in June 2013, Lance has rejoined Guild Yule LLP (as it now is) as associate counsel, and is available for advice on trial and appellate matters, as well as for arbitrations and mediation.

As both a lawyer and Judge, Lance has been an active participant in continuing legal and judicial education.

His honours and awards include: