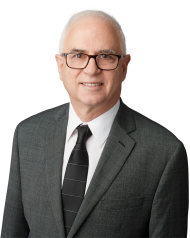 Louis has debated cases at all stages of British Columbia Courts such as:
the Federal Courts Trial Division, the Court of Appeal and the Supreme Court of Canada.

In addition to this, he has argued cases before the British Columbia Labour Board, Labour Boards of Arbitration, Human Rights Tribunal, Canadian Transportation Agency, private arbitration panels and other administrative bodies.

Louis has contributed in numerous successful meditations of civil disputes and has also trained as a mediator for civil disputes.

Guest Instructor for PLTC Civil Litigation as a mock trial Speaker at a conference for the administration, handling and resolution disability claims.

Previous Member of the Advisory Committees on Agriculture and the Environment in the City of Richmond.