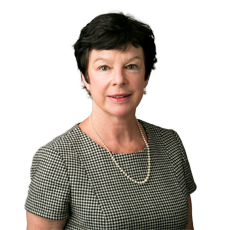 Mary Margaret’s practice focuses on the defence of personal injury and sexual abuse claims. She is counsel to a number of national religious institutions, and provides advice on the formation and implementation of policies for responding to allegations of sexual abuse or sexual harassment.

Mary Margaret also acts for schools and school boards – both defending claims and providing workshops and advice on areas of risk management.

For over thirty years, Mary Margaret has acted as counsel in court and at mediation . Since 2015, she has acted as a mediator in more than 100 matters in BC and the Yukon. She is on the litigation panel at Mediate BC and a member of the British Columbia International Commercial Arbitration Centre.